Who Is Sophia? And the Dream That Changed Everything… 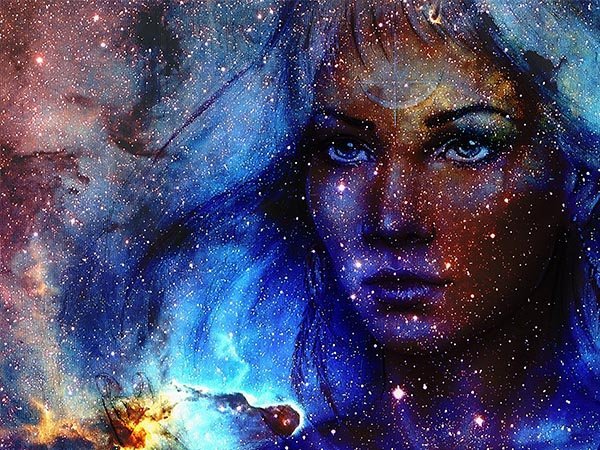 It is a rare occasion that I share candidly and openly about my awakening experiences with Divine Mother. I rarely do because I do not want them diluted with ego stories…mine or others. But, I’ve been told that now is the time to share, and in doing so more understanding will arise regarding why I’m launchcing Sophia Healing Academy and why now…

My first encounter with Divine Mother happened when I was 27 years old. I was in a meditation and yoga training over the summer. After spending many hours in yoga and meditation I dropped into Oneness with Her. The grace, compassion, and love that flowed through me utterly changed my reality. I knew that nothing would ever be the same. And, this experience placed my feet squarely on the path of Divine Mother…who I later would know intimately as Sophia.

Who Is Sophia Divine Mother?

But, who and what exactly is She? And, who is Sophia?

Sophia has been called the Goddess of Wisdom…But, she’s much more than that.

Sophia is Divine Mother. She is the Supreme Divine Feminine Form. The Feminine God Head.

Because there is only one Her. She is known by different names in different religions, such as Shekina in Judaism, Bhuvaneshwari in Hinduism, Prajnaparamita in Buddhism,  and Sophia in Christianity. However, in the church-based Christian tradition, the true meaning of Sophia has been suppressed for the last two thousand years.

I call her Sophia because that’s how she has shown up to me the majority of the time in visions. But, she’s made it clear that name does not matter…She is Mother.

She is within everything and everyone and She has participated in all levels of existence.

In the climax of my Dark Night of the Soul, in a multiple-day meditation retreat, I discovered a field of energetic contraction within me that felt like the darkest dark arising from an overwhelming terror. I had been with this painful dark contraction for days. I tried to be present with it to the best of my ability although it was excruciatingly painful. I tried everything I knew to get it to shift so that I could have some relief but nothing was working. I thought I was going to have to just accept it and throw in the towel.

But, just when I was on my last leg and was about to fully give up… this contraction literally turned inside out.

The darkness turned into a blinding white light that was so bright I could barely behold it.

And a booming divine female voice, that was clearly not mine, thundered in my head.

“I Am Here. I Have Always Been Here.

And, I Will Always Be With You.

I Am One With You.

And I Love You Unconditionally”.

I was so broken open by Her Love that was pouring out from this light I was speechless…all I could do was weep tears of relief, joy, exhilaration, and oneness. Basking in Her Love and feeling Her voice and energy come from within me was beyond what I could even comprehend.

Again my life was deeply and drastically changed. My life gained a new meaning and I knew intimately that I and all of humanity have the divine literally living within us.

Sophia Divine Mother: A Being Beyond Time and Space

She is a being beyond time and space. So, in order to deeply perceive Her, you must move outside of normal 3-D reality. Yet she is present and can deeply be felt by anyone when you call upon and open to Her.

Connecting with Her at the deepest levels is stepping into oneness with all that is.

Years later in another retreat, I had the experience of Living with Sophia for many days. She answered many questions for me. And, with her Love, I stepped across a great divide which shifted me into pure unity oneness in a way that completely shifted my perspective of reality. Now I can visit normal 3-D reality, (or get thrown into it when I get triggered…yes that still happens.;-)) But, I am no longer trapped there in the same way I was before.

She is also known as Wisdom. But, in my experience, She has equal amounts of Grace, Love, and Compassion.

When I was on pilgrimage in France I had one of the most powerful visions of my life where she came to me as the Holy Spirit sparkling with the Light of Grace and doves arising from within. She imprinted Herself into every atom of my being. From this, I undoubtedly knew that She Is the Holy Spirit.

Even if others consider the Holy Spirit to be some androgynous kind of appendage of the Holy Father. She told me that it does not matter what people believe. To Her, they are Her children and She loves them with an Unconditional Fierce Divine Love.

She has utterly and completely changed, opened, and freed my life.

And, She has given me a mission.

I’ve been told that it’s time to share what I have been given, what has been transmitted to me, and what has healed and awakened my life.

I have been asked to open a school to help heal the world in alignment with the principles of Divine Feminine Healing and Awakening.

I have been asked to open…

Years ago when I was given the original transmission to start a school I knew that it would have to be named Sophia Healing Academy, because it just felt intuitively right. After all, Sophia had powerfully led me on my journey thus far. But, I didn’t really know what that meant…or what was to come.

The Dream that Changed Everything!

Recently I had a prophetic dream that was one of the most powerful of my life…a dream that changed everything!

“The dream begins with a woman…who was also a girl…a girl who was also a woman who was being terribly abused by her father and her lover.

She was overwhelmed with grief and sorrow at being treated like a slave and completely victimized. She was at her wit’s end, completely exhausted, ready to collapse and give in.

Just then, the winds of change blowing directly from the Divine Mother blew a fierce howling wind directly on her.

Instead of these winds knocking her over they gave her power and helped her stand.

They gave her all that she needed to connect, align, and embody her own intrinsic higher power.

With this powerful support of Divine Mother, she activated and embodied her higher self-healing abilities.

Powerfully and magically, with her true power engaged, all aspects of herself were healed and balanced.

And, she stepped into awakening and embodying who she truly was!

With this, she was able to engage her authentic power and fierce compassion.

From this new vantage point, she could see how both her father and lover were being controlled and abused by patriarchal programs of violence that they had inherited.

She saw that these programs continued the cycle of abuse over and over through time.

And how her father, and lover, were also victims, just like she had been, of these programs.

Because her own inherent power was engaged, she was able to help them activate their higher self-healing abilities too so that they could step out of being controlled and into healing and awakening.

Thus she was freed, her father and lover were freed, and the winds of Divine Mother continued to sweep over the land, activating Divine Feminine Healing and Awakening to Heal and Free Humanity!”

I woke up in a sweat. My head was spinning. I couldn’t believe what I had just dreamt. My entire body shook with the power of this prophetic dream, but my brain couldn’t quite put my head around it yet.

As I let the dream settle and dropped into liminal space, I connected with Divine Mother again and she transmitted to me the Divine Feminine Pillars of Healing and Awakening.

As soon as the transmission was complete I shot out of bed and wrote it all down.

I barely slept a wink the rest of the night. I was so transformed, excited, and in awe!

The next day as I re-read the dream and the pillars everything clicked in!

With a neon clarity, I realized that these pillars were a foundation for all that I had been working with for decades, even lifetimes. And, the dream a powerful symbolic telling of the powers of these pillars.

They were a culmination of my entire journey…my own dark night of the soul experience (and everything that had been remembered), my own healing and awakening experiences, as well as the creation of Somatic Awakening® (and all of the healing that countless others had experienced because of it).

With thunderous clarity, I realized that the pillars I was shown were the same fundamental principles that Somatic Awakening® was founded on.

It all came together like a circle completing itself…like the ouroboros, the ancient symbol of the snake eating its tail.

And, it was then that the universal gong went off in my head…

I knew deep in my soul that the time had come. It was time to go all in!

Now, here I am…and here you are too…at the precipice of the birth of Sophia Healing Academy and a Divine Feminine Healing and Awakening Revolution.

If you are feeling a heart, soul, spirit resonance in your being from these words then next week I have a very special announcement that you won’t want to miss. 😉

In Oceans of Gratitude, Much Love, and Many Blessings,
Melissa Sophia Joy